Americans are lethargic. Ya think?

Americans are lethargic. Ya think? Really, I'm one of the few individuals I know who gets to couch at a better than average hour and gets a full night (8-9 hours) of rest each and every night. What's more I rest like a dead individual, as well; there's by and large no awakening. I trust this implies I'll live more.

An activity in free discourse? No doubt I am not clear on what precisely constitutes a "danger"; I'm under the feeling that free discourse closes when dangers are made to someone else or gathering of individuals.

The more I contemplate it, the more irate I get over having viewed Dancer in the Dark. It's manipulative, languid, twisted, and presumptuous. Furthermore what's with faultfinders falling all over themselves with commendation over this motion picture? It's a bit of garbage. At the same time discussing film, in the event that you get a chance, look at the Memento site. (Alternately if I say, otnemem?) I see in today's Post that it opens in DC tomorrow!! Additionally, Salon today emphasizes an article by Stephanie Zacharek, their occupant pundit, about the state of Hollywood movies nowadays. I ought to note, she was one of the few (it appears) protesters of Dancer in the Dark. Furthermore in other film related stuff, over at freaklog (one of my top choices) I discovered these connections: a crazy recap of the Oscars and a film trivia & test site for us film buffs to while away our own days and nights. 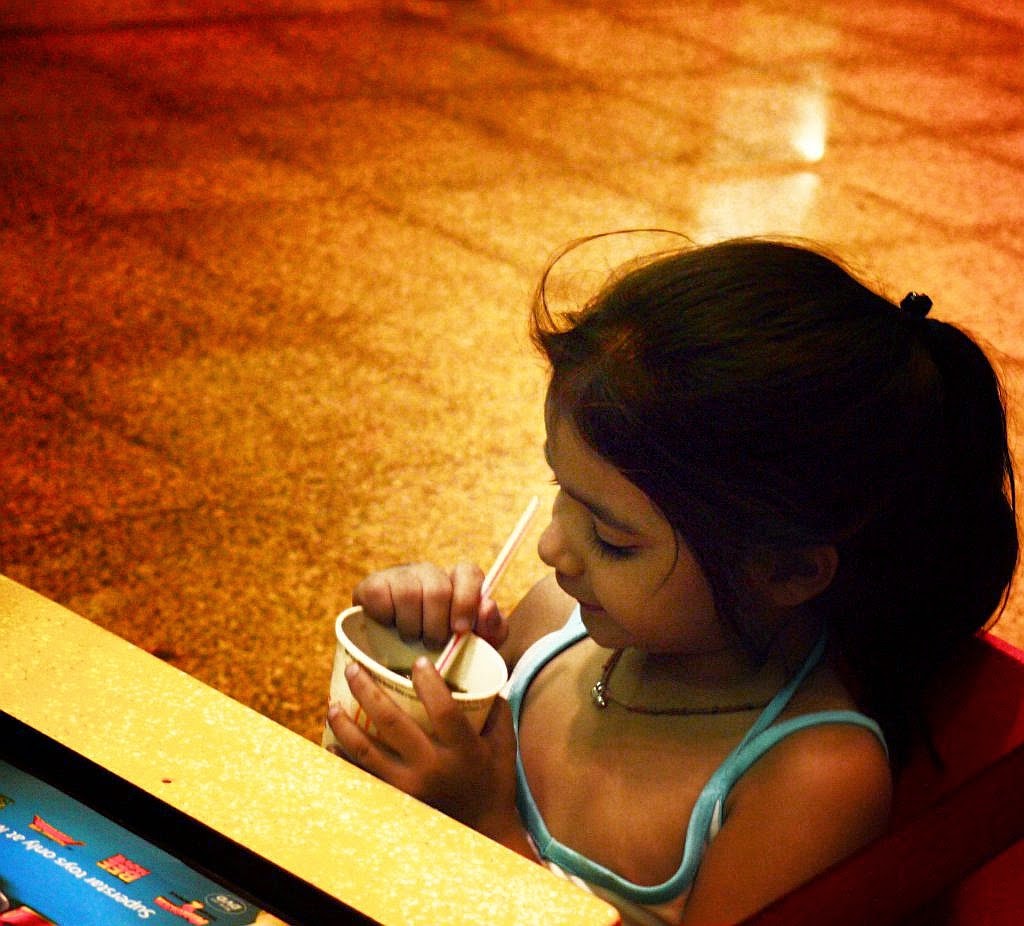 I have an admission to make: I viewed that new show Boot Camp the previous evening. I don't think I'll be viewing it once more.

It's that time of year once more: one can't be outside for more than 5 minutes without being presented to that poop inhaling mulch. Here in northwest Washington, where townhomes and flat structures flourish, the most minor plots of "yard" get to be botanical masterpieces, accordingly obliging this poisonous stuff. Fortunately, I live on the eighth floor so I can have my windows totally open without being uncovered whilst inside.

I went to couch part of the way through the Oscars the previous evening. How was I expected to know my man Steve would win Best Director? Darn it. Also what's with Almost Famous winning Original Screenplay over You Can Count on Me?

I viewed Dancer in the Dark this weekend. I had a few issues with it, the greater part of which related specifically to the poor screenplay. I'm not a Bjork fan, however she gave a charming execution, and the musical numbers were a fitting expansion to the film. That said, I discovered the film general to be a manipulative C+ motion picture, best case scenario.

I got up right on time today and in a musically hesitant minute, I began flipping around on the radio....and I ceased on the delicate rock station on the grounds that they were playing an old Paul Young tune (why not return, please rush why not come back....). It would appear, they were airing a whole American Top 40 from like 1984. Rad! I heard exaggerated hits, for example, Karma Chameleon, current classics like Wrapped Around Your Finger, an overlooked jewel from .38 Special, and the outright overlooked (Manfred Mann's Earth Band, anybody?) I think about whether they do this each Saturday. I had a feeling that I was in the seventh grade again.i'm satisfied to see that on Fridays at 7 Bravo! Louis is a BBC columnist, around my age, who invests weekends with the "American periphery" (weight lifters, white supremists, the religion-fixated, and so forth) and he completely inundates himself to the extent that is conceivable. It's truly clever, in light of the fact that here's this goofy British gentleman, with a dry wit, and clearly out of spot, and the majority of these individuals appear to take to him. I think this is on the grounds that he doesn't make them look as inept as one could do, effectively.

I've at last leased Dancer in the Dark and plan to watch it later today. I've got this pestering feeling I'm going to abhorrence it. All the more on that later.....

So what about that footage of Mir?

It's been a couple of days. Very little going on, but a lot of going on. I've been workin' to the quick workin' for the man.

I don't think about you, yet I've got Oscar fever. I don't know why I'm such a sucker for these absurd grant shows. No one meriting ever wins. I think Steve Martin will be a decent have; I like his brand of cleverness, regardless of the fact that I did disdain Shopgirl.

Be that as it may other than that, I've got no arrangements for the weekend, put something aside for a long run and some math homework. That is alright; things are beginning to get soon. I'm seeing the Washington Ballet one weekend from now, then the accompanying weekend is my enormous race and the Crooked Fingers show. What's more the weekend after that is the American Ballet Theater, and in the not so distant future I need to see The Invention of Love.

I viewed Happy Together and Fallen Angels this week. I enjoyed the previous, and I think I overlooked what's really important on the last. Elaborately, both are sublime, however Fallen Angels is everywhere. Glad Together, then again, is a straightforward story of a horrible relationship and edginess. Like In the Mood for Love, he has made a state of mind and a contemplation on a misfortune.
Posted by Diana Gerald at 02:46 1 comment:

Listen was the second album by the UK new wave band A Flock of Seagulls, out in 1983. It teamed the musical band with record producer Mike Howlett once more, except for the single release "(It's Not Me) Talking" which was produced by Bill Nelson. The record comprised the UK Top 10 hit "Wishing (If I Had a Photograph of You)". The person's face on its sleeve cover is that of the band's drummer, Ali Score.

Track Listing:
All songs were written by A Flock of Seagulls.

Posted by Diana Gerald at 06:15 No comments:

Listen was the second album release by the UK synthpop band A Flock of Seagulls, released in 1983. It teamed the musical group with record producer Mike Howlett again, except on the single release "(It's Not Me) Talking" which was produced by Bill Nelson. The record included the UK Top 10 hit "Wishing (If I Had a Photograph of You)". The person's face on its sleeve cover is that of the band's drummer, Ali Score.
Posted by Diana Gerald at 02:05 No comments:

Melissa Arnette "Missy" Elliott (born July 1, 1971) is an American rapper, singer-songwriter, record producer, dancer and actress. A five-time Grammy Award winner, Elliott, with record sales of over seven million in the United States, is the only female rapper to have six albums certified platinum by the RIAA, including one double platinum for her 2002 album Under Construction. Elliott is known for a series of hits and diverse music videos, including "The Rain (Supa Dupa Fly)", "Hot Boyz", "Get Ur Freak On", "One Minute Man", "4 My People", "Work It", "Pass That Dutch", and "Lose Control". In addition, she has worked extensively as a songwriter and producer for other artists, both alone and with her fellow producer and childhood friend Timbaland, with whom she received her first production credit on R&B singer Ginuwine's 1996's album Ginuwine...the Bachelor.
Posted by Diana Gerald at 02:46 No comments:

Today I went across the street to Union Station to grab lunch and I saw one of those people with layered, permed, & frosted hair with one of those black leather jackets with the fringe, ala Bon Jovi circa 1986-7. I love that this sort of thing still exists, for my amusement of course. And I was doubly surprised to see this sort of thing in the city. Where I grew up, that's another story. I imagine mullets still reign supreme there. I don't even think I can begin to explain how much I used to love Michael Jackson and Thriller. But this is downright scary. Ick. What the hell happened to him?
Posted by Diana Gerald at 05:55 No comments:

Yesterday Nanette pointed out that Nick at Nite was airing 80's tv shows marathons this week. Sure enough, last night after Junkyard Wars I tuned in to catch some of Silver Spoons with the absolutely adorable Ricky Schroeder and his weirdly feathered hair. I recall even having a crush on Ricky's smarmy friend Derek (played by Jason Batemen). I loved that show. And, to my even greater delight, a dorky teenage Sarah Jessica Parker & co. will be seen in a marathon of Square Pegs, which I so loved. I wanted desperately to be like Jennifer, the valley girl (played by Tracy Nelson, she the sister of the blond twin brothers & hair metal-pop stars Nelson). I even recall, if my memory serves me correctly, that The Waitresses did the theme song.

From the idiot files: sky-diving from space.
Posted by Diana Gerald at 05:54 No comments: